Since hitting the sports supplement market 20 years ago, creatine monohydrate supplements have become one of the most popular muscle building and performance enhancing products. Creatine is so popular that it’s used by men and women from all walks of life from weekend warriors to Crossfitters and professional athletes. My 68 year old mother even takes it every day to stay strong, healthy, and active.

The reason creatine monohydrate is so popular is that it works, big time in over 80% of the people taking it properly according to Stu Phillips, a kinesiologist and outside expert for the Gatorade Sports Science Institute

With this popularity comes a lot of competition. Over the years there have been lots of it, with several new and supposedly ‘better’ types of creatine hitting the market. They range from creatine in buffered and ester formulations to liquid based products. While they all claim to be better, studies show that none are superior to good old creatine monohydrate (1,2).

A few years ago another type of creatine supplement hit the market, making the same claims of superiority as it predecessors. It’s called creatine HCL. Simply put it’s creatine bound to hydrochloric acid. Several companies use it with the most popular being Con Cret by Promera Sports. Companies selling it claim that it requires a much smaller dose to get the same benefits as you can from creatine monohydrate.

Since this is such a bold claim, I did some research to find out whether this claim is true. I analyzed several criteria including the current research on both types of creatine, their cost, convenience, and safety to determine which is better.

Keep reading to see what I learned and to learn for yourself if creatine HCL is the better choice.

I searched PubMed and didn’t find any results for research on creatine HCL. I did however find a study conducted using it by researchers at Vanderbilt University. This study has not been published in a peer-reviewed journal which is the gold standard for scientific research.

In this study, researchers mixed creatine HCL and creatine monohydrate in separate glasses of water. They then filtered the water to see which solution contained more undissolved creatine.

Results from this study shows that when compared to creatine monohydrate, more creatine HCL dissolves in water. This doesn’t mean too much since it doesn’t have to dissolved in water before consuming to be effective. If that was the case, other supplements like creatine monohydrate capsules and chews would be worthless. All it’s increased solubility means is that it may be a little easier to drink.

What we also don’t know is whether the creatine HCL converts to worthless byproducts after drinking or if it’s stored in your muscle cells in adequate amounts to produce results. These issues are more important than its ability to dissolve in water since creatine produces its benefits after being absorbed by your muscles, not in a glass of water.

Unlike creatine HCL, there have been hundreds of published, peer-reviewed studies performed on the monohydrate form of this supplement. What they find is that creatine monohydrate doesn’t break down into useless waste products in your body and is able to be stored in your muscles in amounts appreciable enough to help you build muscle, get stronger, and workout harder (3).

We also have dozens of studies which show that when taken properly (20 grams a day for 5 days followed by 5 grams a day thereafter), creatine monohydrate can safely help you build muscle, get stronger, and recover faster between sets of intense exercise like sprints or lifting weights (3).

Determining a winner in this category is a little trickier.

Promera Sports, which makes Con Cret, the leading creatine HCL supplement claims that you only need to take ¼ of a teaspoon daily. Creatine monohydrate supplements, on the other hand, require that you take about 20 grams (about 6 teaspoons) a day for 5-7 days and then 5 grams a day thereafter to keep your muscles full.

At first glance, you may think that creatine HCL is the winner since such a smaller dose is required. Due to the fact we don’t have any research as to its effectiveness and that creatine monohydrate is known to work it’s makes the better choice, even though it may not be as convenient to take. The fact that it works makes it much more convenient since it’s a major hassle to learn you’re using a supplement that doesn’t produce results, not matter how much less you need to mix and drink every day.

Several studies show that creatine monohydrate is safe to use as long as you’re healthy. This is true even when it’s take consistently for several years (4).

No such research exists on creatine HCL. 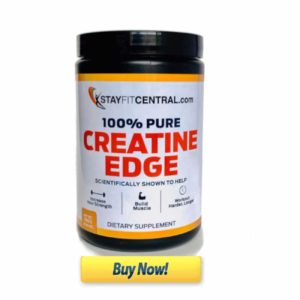 As you can see above, the clear winner in this battle is creatine monohydrate. It’s benefits are supported by published research, is easy to take, costs way less, and is known to be safe.

When you’re buying a creatine monohydrate supplement, it’s best to buy a product who tests and guarantees the purity of their product. They should make this clear on their label. I also recommend using a micronized creatine monohydrate supplement since it dissolves best in water which makes it easier to drink. A product that meets these criteria is Creatine Edge. One can lasts several months and costs pennies per serving.

I also recommend reading this article to help you get the most from whichever creatine monohydrate supplement you choose. 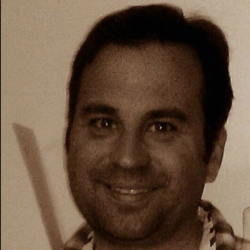 Curt Pedersen
I’ve been fascinated with human performance and striving to help myself and others perform our best since I was a skinny and weak 90 lb high school freshman. This led to studying exercise science and biochemistry in college and graduate school and working with countless men and women to get leaner, stronger, and fitter. I’ve also published more than 1,000 articles on physical fitness and performance for dozens of publications including: Stayfitcentral, Business Insider, Lifehack, and Breaking Muscle.