It’s long been said by many ‘experts’ that intense workouts and ketogenic (high fat/low carb) diets don’t work. The belief is that if you’re eating keto that you won’t have the available energy to push yourself as hard as when you’re consuming higher amounts of carbohydrates. 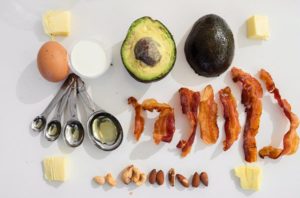 I know from personal experience that this isn’t the case. I’ve been eating keto for over a year and doing intense workouts regularly. In this time I’ve lost more than 60 pounds of excess fat and gained muscle. I’m also continuing to get stronger and even faster. Just as important, I’m also much less sore post-workout and recover faster. This has helped me go from being able to lift weights 3 times a week to 7 or more workouts weekly.

Until recently, all we had was anecdotal evidence like mine. While there have been long term studies (12 weeks or greater) with endurance athletes eating a low carb diet, none have been conducted using athletes that did high intensity, short duration workouts like lifting weights and sprinting.

Fortunately the popularity of the keto diet has led to more research being done. We finally have results from clinical research to go along with the anecdotal evidence. Below is a review of a recently published study that measured the effects of a ketogenic diet on muscle mass, strength, power, and much more.

One of the best things about this study is that the athletes followed either a high carb or keto diet for 12 weeks. Keep reading to learn why.

Both groups of men followed a high carb diet prior to the study so none of them were fat adapted when testing began.

Everyone in this experiment did the same workout routine for the 12 weeks. This consisted of endurance, strength, and high intensity (sprint on a bike) workouts. Every subject had their body composition (weight and % body fat), endurance, and strength measured before and after the study.

And The Results Are

After 12 weeks, the guys following a ketogenic diet made better progress in every area tested. Check out the list below to see the what they accomplished compared to the high carb group.